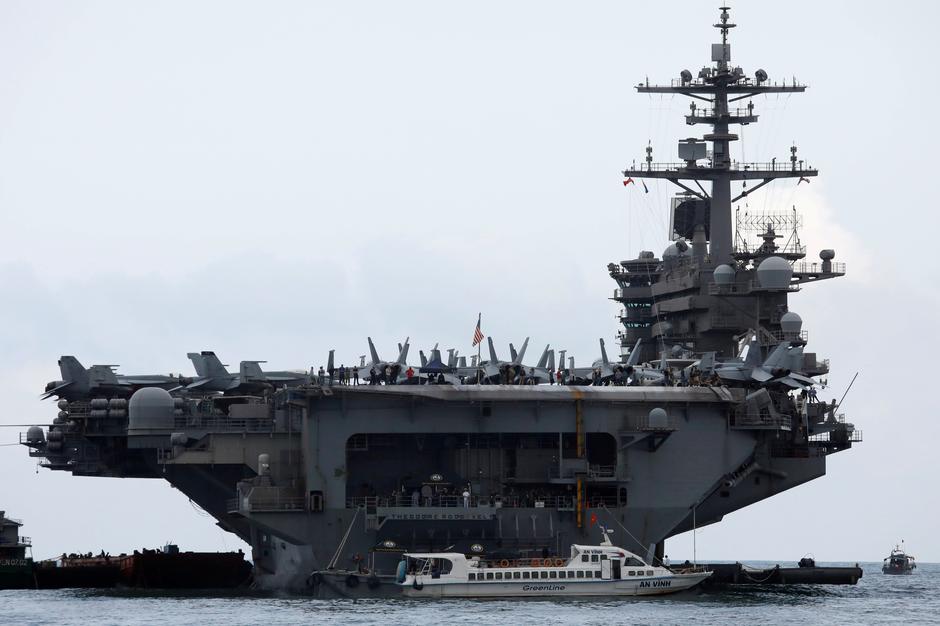 Seven sailors who were on board San Diego-based ships have tested positive for COVID-19, U.S. Pacific Fleet officials announced Sunday.

“These sailors are currently isolated off ship and restricted in movement in accordance with the Center for Disease Control and Prevention guidelines,” the statement said. “Personnel who were immediately identified as having close contact with these sailors have been notified, placed in a restriction of movement status at their residences off the ship and are being monitored.”

The Navy didn’t say which ships the sailors who tested positive were on, but the ships involved are screening all personnel coming aboard and undergoing deep cleaning with bleach twice a day, officials said.

Meanwhile, a sailor from Naval Base Coronado tested positive for COVID- 19 as San Diego County’s confirmed cases spiked from 131 to 159 this weekend, county health officials and the Navy said.

The sailor reported symptoms of COVID-19 to his supervisor on March 17, according to officials from the base. He tested positive on Friday and is now restricted to his residence, receiving medical care.

“Personnel that the individual immediately identified having close contact with have been notified and are in self-quarantine at their resident,” the base’s public affairs office said. “Military health professionals are conducting a thorough contact investigation to determine whether any other personnel may have been in close contact and possibly exposed.”

iThere are no comments

This site uses Akismet to reduce spam. Learn how your comment data is processed.

Begin typing your search above and press return to search. Press Esc to cancel.